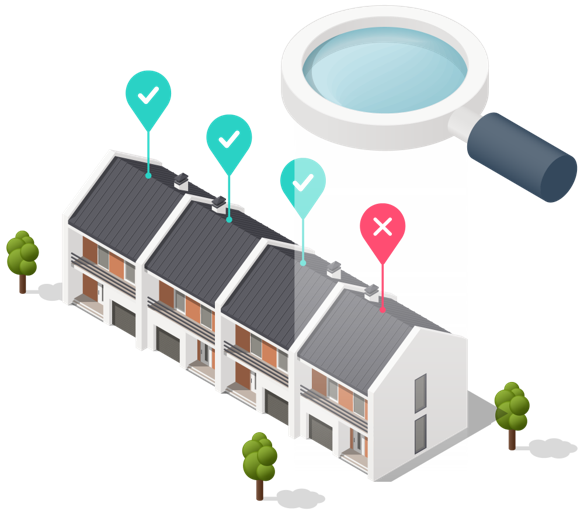 August 9th, 2022 – Geospatial technology firm Kamma has today reported data from their tracking of the Mayor of London’s Rogue London and Agent Checker. Total fines have now crossed the £8 million mark, an increase in more than £1.5 million since last August, with a £238,000 increase in the last month alone.

A post-pandemic return to enforcement action is one explanation for the increase, with around 20% of all fines on record occurring in the last 12 months. A greater number of licensing schemes, creating more opportunity for agents and landlords to fall foul of complex regulations, is also a driver, with 13 new schemes launching in the Greater London area, and 30 in the UK, in the last year.

Councils are also targeting other areas and other avenues of enforcement, with Rent Repayment Orders and MEES regulations both seeing increased reporting in recent months. For example, earlier this year a landlord in East London was ordered to pay her former tenants over £12,000 in a RRO case.

As well as increased enforcement, agents are also being fined larger amounts. Last August the average fine for letting agents was £4,380, now a year later Kamma has reported an increase of 7%, taking the average agent fine to £4,690. Landlords, in contrast, are fined more frequently but smaller amounts, with an average of £4,304.

Enforcement trends differed across the capital. Camden council tops the enforcement league table as the most active in terms of number of fines, followed closely by Newham and Southwark. Yet, the London Borough of Hammersmith and Fulham is the London borough with the highest average fines of £19,800 per offense, followed by Hillingdon with an average of £13,500, and Hackney with £11,250.

With increases across the region, letting agents and landlords have to stay on top of their compliance, as Kamma CEO, Orla Shields explained: “Local councils are sending a strong message to landlords and agents across the country with fines increasing by £1.5 million in the 12 months. Agents need to see this as an opportunity to take control of their compliance and take action to protect their clients, and themselves against further enforcement efforts and fines”.

Each month, the Kamma team gives out a full rundown of the latest scheme announcements, property licensing news as well as updates on fines in the Kamma Property Licensing Update.