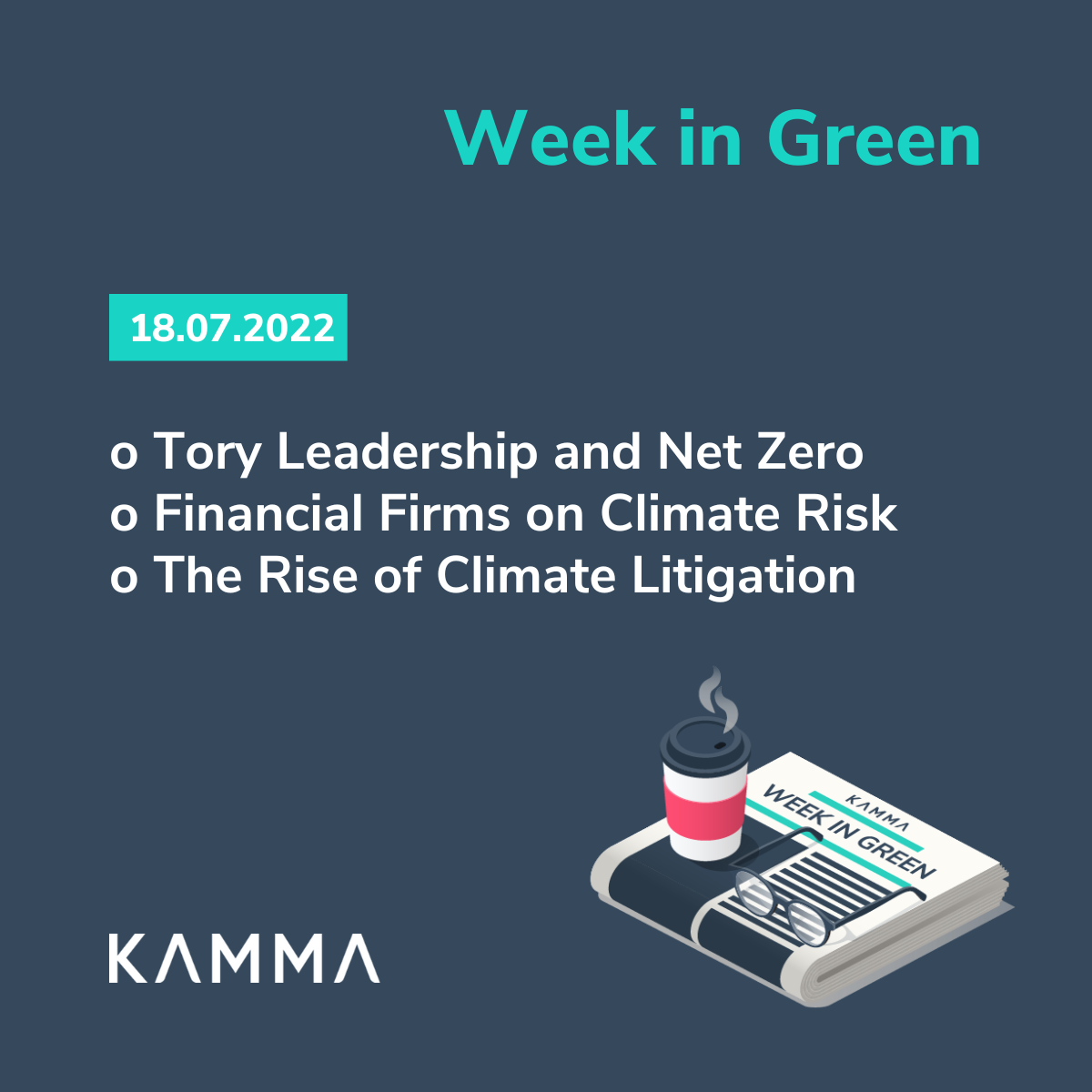 As the contest for Tory leadership begins to heat up, no candidate has positioned themselves as the choice for Britain’s green future

Only two candidates have mentioned climate change in their bid to become the next Prime Minister, and that is to express their interest in abandoning the net zero targets that were first introduced only three years ago during Theresa May’s administration. Concurrently, a faction of MPs have been lobbying against net zero through the Net Zero Scrutiny Group, which argues that the emissions target will be too economically damaging for Britain.

Should I be worried?

There is a concern that the Conservative party is slipping into a “climate culture war” that poses green Tories against a number of climate sceptic backbenchers who are positioning to undermine net zero policies and targets. Green Tories are yet to rally behind a pro-net zero candidate – in fact some are supporting anti-net zero candidates – whereas those against net zero are becoming increasingly unified in their defiance of the current mandate.

Kamma’s perspective: Regardless of the leadership contest, Net Zero is a strategic priority for Kamma and should remain as such for the rest of the property sector. The ‘greenification’ of the property sector is a fastly growing industry that will create necessary jobs while combating the existential threat of climate change.

Article: The Tory green consensus is breaking – this leadership contest could spell the end of net zero (Helena Horton, The Guardian)

Data from a survey conducted by Bloomberg found that many financial firms have begun considering the threat of climate change alongside broader risk management processes. For most firms, the ability to analyse climate risk is in its infancy, with few claiming that they have moved beyond the planning phase. However, the biggest disparity between firms is the decision of what exactly to measure, with some choosing to focus on climate risk to assets while others on fault risk.

Why is this happening?

Regulators are becoming increasingly concerned that banks and insurers are overexposed to climate risks, which are expected to have significant impacts on their future financial performance. The Bloomberg survey found regulatory pressure to be the biggest factor influencing the rise in interest in climate risk analysis among financial firms.

Kamma’s perspective: As one of the largest asset classes, the climate risk posed to property has been painfully overlooked for too long. As the burgeoning regulatory environment is making climate risk analysis essential, Kamma provides the data and insights to help the financial sector securitise its assets.

What do I need to know?

The number of new climate-related litigation cases filed during the period between 2015 and 2021 was more than double that of the previous two decades (1,006 and 834, respectively). The focus areas for new cases have changed over time, but there has been a recent shift towards challenging government inaction and influencing corporate behaviour, such as by raising claims against fossil fuel companies to call them out as major greenhouse gas emitters. Human rights are also increasingly used as an argument in climate cases.

This is a positive thing, right?

Yes, mostly. The growth of climate litigation is aligned with the rising public consensus that it is right to pressure different actors, particularly those deemed to be in powerful positions, to be a part of the transition to net zero. A growing number of ‘strategic’ cases that try to create broad societal change have been introduced. Most litigation aimed at advancing climate goals is eventually successful, but pushback still slows progress.

Kamma’s perspective:  The surge towards environmental action represented by the rise in climate-related litigation spills over into myriad sectors, including the growing number of laws and policies that are forcing the property sector to decarbonise.