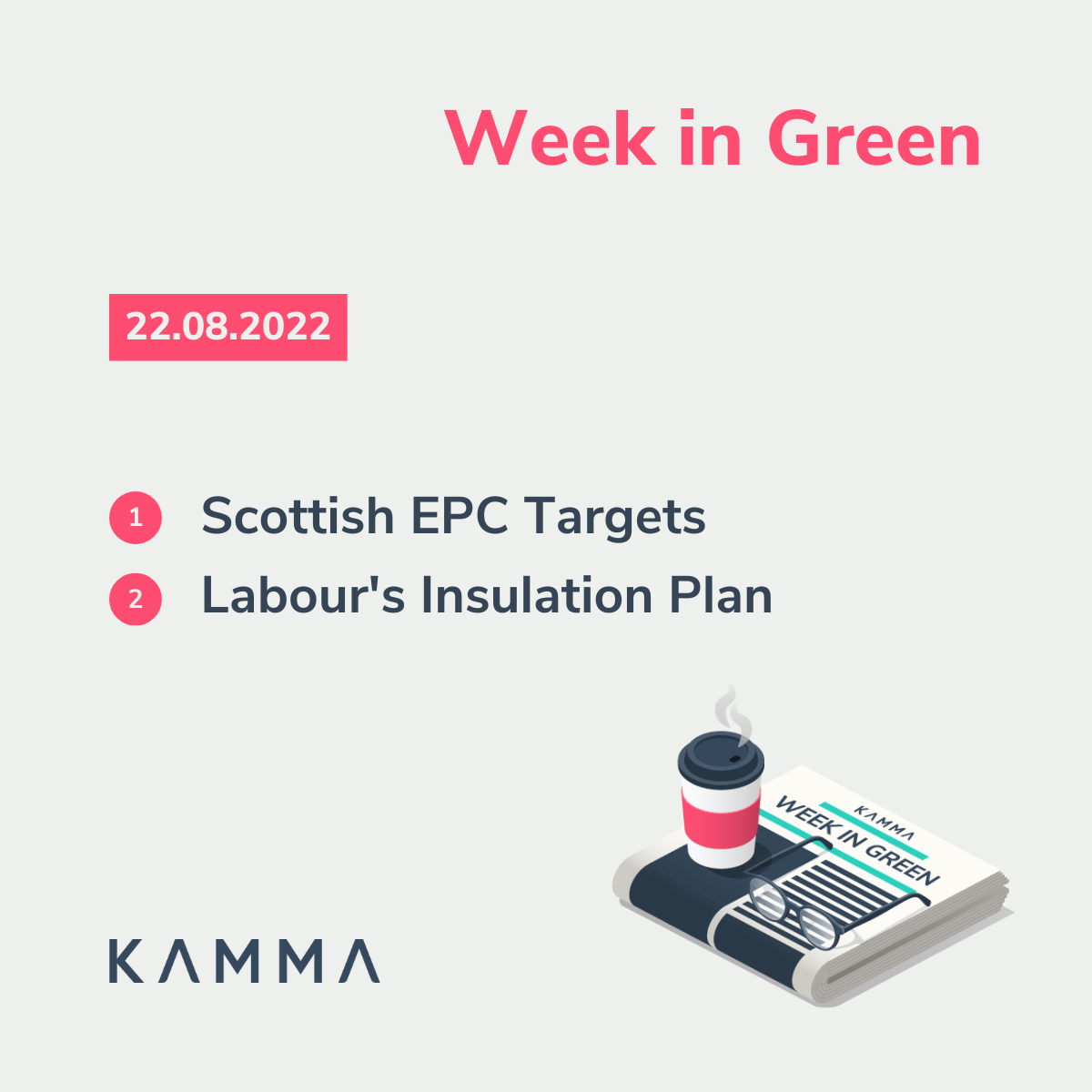 Scottish Greens co-leader and Minister for Zero Carbon Buildings, Active Travel and Tenants’ Rights, Patrick Harvie, has recently made a statement to the Royal Institution of Chartered Surveyors (RICS) announcing that all homes in the country, irrespective of tenure, must have a minimum Energy Performance Certificate (EPC) rating of C. The decision is motivated by two main factors. Firstly, Scotland has a relatively old and, therefore, energy inefficient housing stock, which is responsible for roughly a fifth of the country’s total greenhouse gas emissions. Without significant upgrades made to housing, Scotland will not reach its Net Zero targets. Secondly, higher efficiency standards will reduce the need for fossil fuels and protect homes against rising fuel prices, in turn preventing households from falling into fuel poverty.

How will it be achieved?

As part of the Scottish Government’s Heat in Buildings Strategy, Harvie also wants all homes to switch to zero direct emissions heating. This means moving away from fossil fuels by equipping homes with heating systems that produce no direct greenhouse gases at the point of use, such as heat pumps, solar, and electric energy. To progress the matter, the Scottish Government has launched the New Building Heat Standard (Part II) consultation. Its target is to convert over a million homes to zero direct emissions heating by 2030, which means converting close to 200,000 homes every year after 2025. Alongside the strategy, the Government is also mobilising the Green Heat Finance Taskforce to work on innovative solutions that maximise private sector investment and spread the upfront cost of making properties energy efficient.

By planning to upgrade all homes to an EPC rating of C in just over ten years, the Scottish Government has set one of the UK’s most ambitious energy efficiency targets. Its success relies on a national retrofit strategy beyond simply counting the number of homes with heat pumps or solar panels. This strategy needs to match the right improvements to the right properties at scale to develop tailored solutions that result in the best cost-efficiency gains, supporting both the planet and homeowner purses. For more on the route to carbon neutrality for UK property, check out www.propertyzero.io

Wrapping Up Homes This Winter:

Labour has unveiled plans to fund a £6bn per year home insulation effort as part of the Warm Homes Plan. Over the next decade, it aims to insulate 19 million homes, which is projected to lower the average household electricity bill by £1,000. No further detail about how the insulation programme will be operationalised has been disclosed. It is part of a broader £29bn ‘fully-funded’ plan designed to ease living costs, reduce inflation, and curtail property emissions. Other measures include a six-month freeze on the energy price cap, the expansion of windfall taxes on fossil fuel producers, and increased spending on renewable energy development. The latter will be focused on offshore wind farms, which currently has a permanent ban on new projects enforced by the prevailing administration. Funding for the rest of the plan will rely on the economic benefits generated by higher rates of investment, as well as increased borrowing for new schemes.

What is the reaction?

Such a broad sweeping plan has inevitably attracted criticism. As well as being firmly rejected by the two Tory leadership candidates, others have raised concerns about borrowing and whether future generations should be tasked with covering the cost, particularly as the freeze on energy prices will benefit wealthy households that consume significantly more energy than average and will subsequently have their rates subsidised.

The news comes amid mounting pressure on the Government to protect homes against rising fuel prices both now and in the future. As Liz Truss and Rishi Sunak battle over party leadership, a group of green Tories called the Conservative Environment Network (CEN) has called for the expansion of schemes to improve home energy efficiency. A contingent group has proposed a £9bn winter bills crisis action plan focused on rolling out insulation and heat pumps. Elsewhere, the Green Party has called for the permanent nationalisation of the five biggest energy firms. As the months roll into autumn, more plans and pledges will undoubtedly be announced on how to take action against energy insecurity.