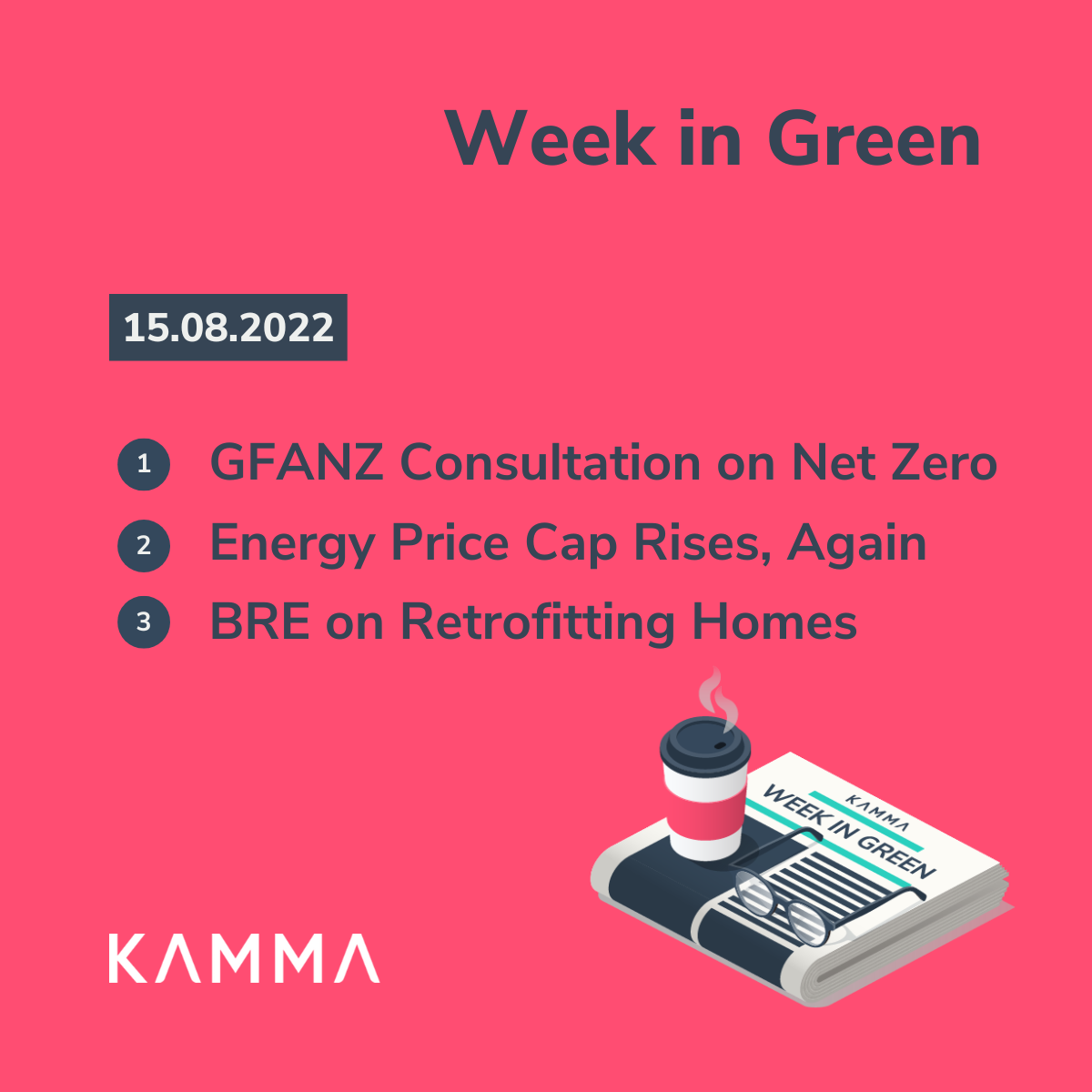 The Glasgow Financial Alliance for Net Zero (GFANZ) is a coalition of financial institutions established in April 2021. Formed to advance global decarbonisation and Net Zero, it is spearheaded by the COP26 Presidency and Mark Carney, UN Special Envoy on Climate Action and Finance, as well as partnered with the United Nations Race to Zero campaign. Its influence is vast; reportedly, the coalition represents 40% of all financial assets that exist. Last week, GFANZ published the Portfolio Alignment Measurement Report offering guidance to investors on how to measure and assess emissions vis-a-vis Net Zero goals. A consultation is running until September 12th, inviting the financial sector to give feedback on the propositions included in the report. This will then influence the final report ahead of COP27 later this year.

Tell me about the report.

The report addresses a key issue: the financial sector is yet to agree on a credible, standardised set of metrics or methodology to collect and measure data on emissions performance against Net Zero goals. Gathering input from over 50 individual institutions, GFANZ confronts this challenge by proposing an ‘illustrative credibility framework’. The framework looks to inform investment, lending, and underwriting activities using case studies of portfolio alignment with emissions targets. Doing so provides empirically-led insight on Net Zero transition plans, allowing investors to deploy capital accordingly.

A framework based on real case examples is a positive step towards a science-based, fully-scoped approach to transition planning. However, examples related to real estate are missing from the report. As the world’s biggest asset class, it is critical that challenges in real estate are integrated into the guidance offered by GFANZ. Property datasets are notoriously inaccurate and incomplete, making the path to Net Zero particularly challenging. Finding solutions in this sector will add depth and rigour to the wider guidance available. Kamma is already one step ahead, having built the most comprehensive and accurate property dataset, delivering 36mn environmental property profiles for UK homes. Get in touch to find out more.

The average annual energy bill may rise to over £4,200

The recent headline that nobody welcomes is that, according to consultancy Cornwall Insight, the annual energy bill for a typical household is forecast to rise (again) to £4,266 by January. There are two main reasons for the rise. Firstly, throughout the year, the wholesale price of fuel has spiked as the energy market looks to divest from Russian oil and gas exports. Relatedly, the second reason is that the energy price cap has been raised by Ofgem, the energy regulator, thus increasing the maximum amount that energy suppliers can charge consumers for each unit of gas and electricity.

Does the energy price cap work?

Following the announcement, questions have been raised over whether the energy price cap is fit for purpose. It is designed to protect consumers from sudden price rises. But, having previously revised the cap every six months, Ofgem has shortened this period to 3 months to reflect market conditions. Doing so has given consumers less time to adapt and save contingency funds. It has also allowed bills to rocket out of reach for many households in the UK, particularly the most vulnerable.

The justification for the recent change is that it will hopefully stop energy suppliers from failing and folding, leaving consumers to make up the cost in their energy bills. Due to high wholesale prices, energy suppliers (which buy from providers) lose money when the fuel is sold at the current price cap. A rise in the cap price allows suppliers time to recover their hedging costs, avoid failing, and reduce energy bills in the latter half of 2023.

The news comes just days after the most recent forecast of £3,600, showing the unpredictability of the market. The proposition of a higher windfall tax on profits of the oil and gas industry (see the previous Week in Green) will steady the ship but won’t stop it from sailing in the wrong direction. Households will remain vulnerable to shocks year after year. A cost-effective solution to long-term risk is by combining cheap, renewable energy sources and retrofitting to reduce overall energy consumption.

The Building Research Establishment (BRE) drives standards in the built environment by delivering research, awarding certifications, and developing products and services focused on sustainability. It is widely known for the BREEAM standard, a trusted benchmark for sustainable building practices. It is also a conduit to the Government for state-of-the-art information on building strategy. This level of prestige and leverage is why it is worth taking note of BRE CEO Gillian Charlesworth’s open letter asking for a fully-funded national retrofit strategy as part of the Net Zero agenda. Influential voices create unignorable noise on important issues, none more pressing than delivering energy security and reaching Net Zero.

What does the letter say?

The letter demands the incumbent leader of the Conservative party and, therefore, the next Prime Minister to level up their Net Zero strategy with a robust plan and funding package designed to retrofit all homes and buildings in the UK. This is set within the broader landscape of a cost-of-living crisis, dizzying energy bills, and a huge challenge for businesses scrambling to adapt to spiralling costs. But, it also outlines an opportunity for green business growth as legions of workers will be needed to retrofit the UK’s entire housing stock. Therefore, property retrofits advance the green transition and ensure long-term energy security by lowering the demand for energy in the first place.

The property sector is lagging behind other industries in terms of decarbonisation, despite emitting over a quarter of the UK’s greenhouse gas emissions, making the realisation of Net Zero targets unlikely without immediate, sector-wide action. The letter describes an insulation-led retrofit strategy to – literally – give homes an extra layer of protection against energy insecurity. But households are missing out on other quick wins that can save energy and money now, as well as big opportunities that will save more down the line. Kamma is already partnering with major mortgage lenders and asset managers to make the vision of retrofitting an affordable, comprehensible, accessible reality for property owners. Get in touch to find out more.