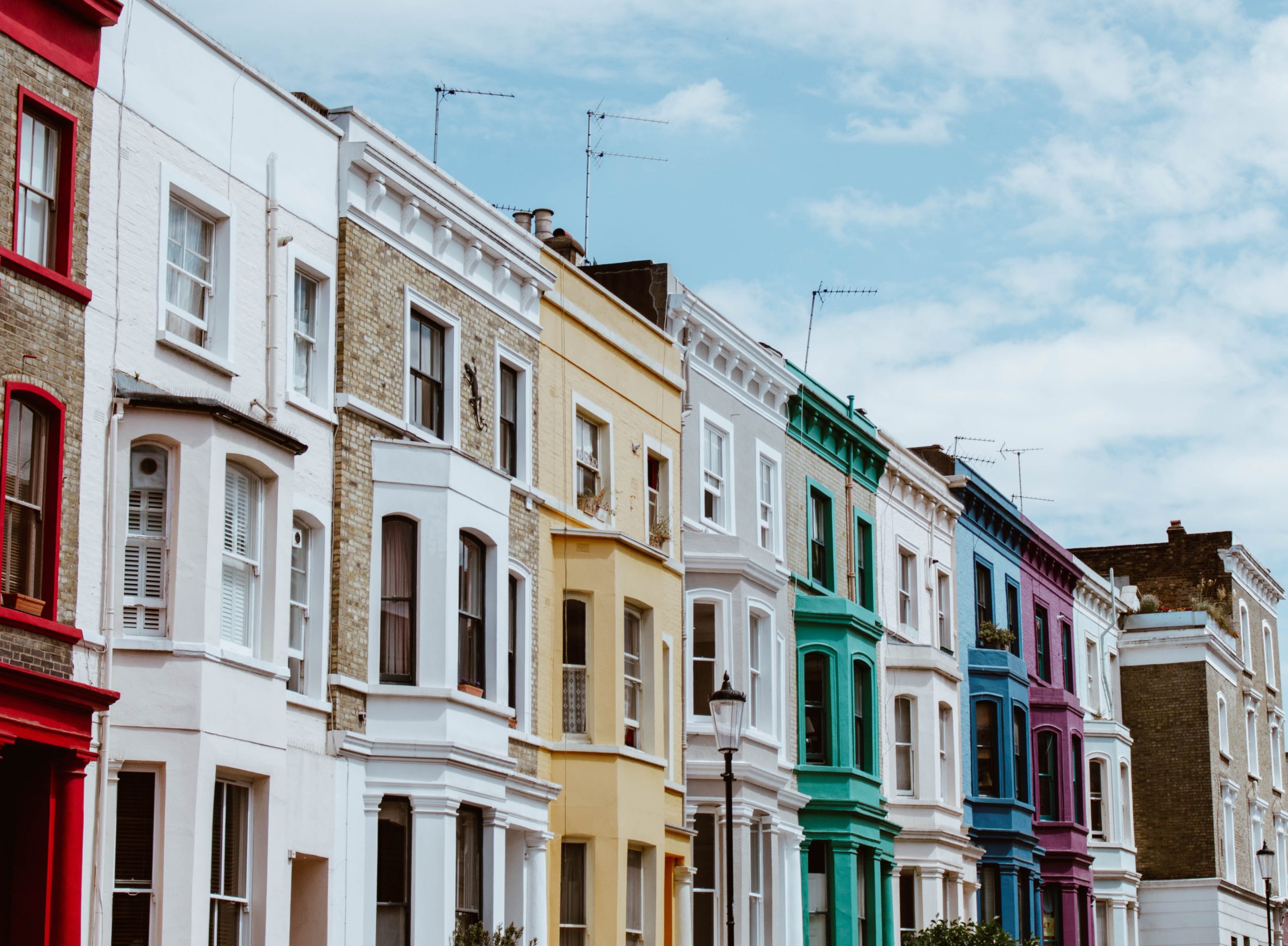 Despite some progress, the housing sector continues to be one of the slowest to decarbonise and currently produces 22 percent of the country’s emissions. Resultantly, a follow-up Bill is progressing through Parliament that will set and enforce stricter MEES.

The regulatory changes will have an immediate impact on letting agents and the Private Rented Sector (PRS). Under the new regulations, 2.9 million homes will require improvements at an average cost of £9,872, equalling a total bill of £29 billion. Action must be taken now by letting agents to ensure that sufficient improvements have been made in time and within means.

This ultimate guide will serve as an introduction to MEES, how they’ve changed, and what it means for letting agents.

What will be covered?

When were MEES introduced?

The Government first mentioned its intention to introduce minimum energy efficiency requirements as part of the Energy Act 2011. However, it wasn’t until 1st April 2018 that MEES were enacted into law and it became mandatory for both residential and commercial property managers in England and Wales to ensure that their properties met the minimum standards outlined in The Energy Efficiency (Private Rented Property) Regulations 2015.

MEES are reliant on the information contained within a property’s Energy Performance Certificate (EPC). These give a property an energy efficiency rating from A (most efficient) to G (least efficient). For example, the current minimum standard for privately rented properties is Band E, however, once passed through Parliament, the new MEES will increase the threshold to Band C for new lets by 2025 and 2028 for all lets.

After ten years, an EPC expires, becomes obsolete, and must be renewed. Without MEES, EPC ratings merely act as a scale and do not lead to a penalty for non-compliance. With MEES, letting agents and landlords leasing a property below MEES will face fines.

What is the difference between existing and future MEES?

The updated MEES regulations currently awaiting final approval by Parliament are set to raise efficiency standards. Over the next decade, a series of milestones will track this progress:

Currently, nearly 3 percent of residential properties in England and Wales are under MEES (EPC E). However, when MEES changes to C, Kamma has estimated that 58 percent of private rented sector properties will become non-compliant if no further action is taken.

There are two main drivers of higher standards:

How are MEES enforced?

Using Local Trading Standards as a guide, enforcement normally falls under the remit of the Private Sector Housing team at the local authority (i.e., the council) covering the property.

The manager of a property expected to be in breach of MEES is issued with a compliance notice by the council. If non-compliance persists, the property will receive a penalty notice stipulating a fine. A penalty notice may also be served where the property manager uploads false or misleading information to the Exemptions Register. Residential properties can currently receive fines of up to £5,000 per property for non-compliance, which is expected to increase under the new regulations.

Many councils have released statements committing to enforcing MEES. Last year, the Department for Business, Energy and Industrial Strategy (BEIS) sent £4.3 million of extra funding to 59 local authorities to help with enforcement. The aim was to increase engagements with difficult to reach landlords with the worst performing properties by 100,000. Resultantly, there has been a sharp increase in fines for letting agents.

What are the exemptions to MEES?

Kamma summarised the exemptions to the MEES in a previous report. With MEES at EPC Band E, there are around 8,500 properties across England and Wales registered as exempt from mandatory energy efficiency improvements. However, when MEES changes to EPC Band C, the number of exempt properties will increase dramatically as homeowners exceed the current spending cap on home improvements (a property currently becomes exempt under the ‘High cost’ Exemption after spending £3,500). As the average cost to improve a property to EPC Band C reaches £9,872, the current price cap would mean that many more properties become exempt and continue to emit a significant amount of carbon, jeopardising the Government’s net-zero targets. In response, there has been a proposal put forward to increase the price cap to £10,000 under the new regulations.

How can letting agents benefit from MEES?

Letting agents have a critical role in supporting landlords prepare for the regulatory changes. A lack of preparation could mean that 60 percent of privately rented properties drop below MEES and become ‘unrentable’, resulting in major losses for letting agents.

Kamma has previously estimated the cost of compliance at £29 billion, a huge cost to pay for the PRS. Yet this amount needs to be spent in order to ensure the UK reaches its legally-binding commitment of Net Zero by 2050. This challenge for landlords creates a new way to provide an improved service for agents, with just a 10 percent referral fee creating a £3bn market for those able to effectively support.

1. Understand the scale of the challenge: When MEES changes to C, around 58 percent of the PRS will no longer be allowed to let. Kamma estimated that around 2.9 million homes will need to be improved, with an estimated average cost of £9,872 per home, putting significant pressure on landlords. Without support, many landlords will be priced out of the market, and letting agents could lose over half of their inventories.

2. Look at the problem through a regional lens: Kamma’s analysis of the EPC register shows that there is a higher proportion of energy inefficient properties in the North than in the South. On average, property prices are also lower in the North than the South. Combining inefficiency with lower property prices means that the cost to EPC Band C is significantly higher in the North relative to a property’s value. This means more landlords in northern regions will be unable to foot the bill for improvements and their letting agents will bear the starkest consequences.

3. Don’t wait for retrofit providers to become inundated with requests. The energy crisis has already led to increasing demand for home improvements, and builders will only get busier (and more expensive) as these new deadlines approach.

4. Build a plan for working with landlords to address these challenges: Landlords will be competing for access to builders to make energy efficiency improvements. To get ahead of the competition, it is worth building a comms plan that considers the regulatory changes.

5. Consider the retrofit referral opportunity: We’ve estimated the cost of compliance to be £29 billion, a huge cost to pay for the PRS. A 10 percent referral fee on high-quality advice and referrals unlocks a £3bn market for letting agents.

How Kamma can help

Kamma is building the single source of truth for environmental data relating to UK property. We’ve mined and modelled hundreds of information sources to give the most complete and accurate view of the environmental impact of the built environment.

We combine this with world-class address matching and insightful analysis that supports businesses through the challenges and opportunities of Property Zero. We equip property-related businesses for the fight against climate change, delivering a pathway to net zero, navigating new and emerging risks, enhancing regulatory compliance, and identifying green growth opportunities.

Letting agents are in a unique position to support their landlords. To ensure a smooth transition when the new MEES regulations come into place at the end of 2025, letting agents need to start preparing for this by considering the legislative timeline and adapting a plan that supports this move. By providing advice and support on the best improvements and a trusted service with a guarantee of delivery (or at least more recourse should things go wrong), agents can both offer an improved, differentiated service, whilst tapping into a £3bn opportunity.

Book a demo to see how Kamma’s leading, data-driven residential insights could support your letting agency.