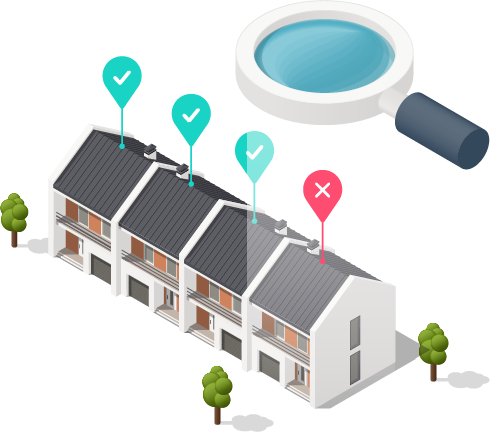 Landlord ordered to pay over £10,000 related to HMO property

A landlord has been ordered to pay over £10,000 for a catalogue of failures relating to a property she owns and lets as a House of Multiple Occupation. The landlord did not attend court and was sentenced in her absence, with a fine of £2,000 was given for each of the five offences, totalling £10,000, as well as £2,000 in costs and a victim surcharge of £190.

The case came to light following a complaint from a tenant about the conditions at the rented property in Grangetown. An inspection was carried out and a catalogue of faults were identified, including, inadequate structural fire protection to escape from the property, no fire alarm system, unprotected electricity meters, defective fire doors, broken windows, unsafe electrical installations, dirty carpets, unsafe kitchen facilities and evidence of penetrating damp. Legal notices were served on Begum to make the required repairs to her rented property. As these repairs were not completed within the time allowed, legal action was taken.

A landlord in Kenilworth was sentenced at Wolverhampton Crown Court on 8 December 2022 after she had previously been found guilty of illegal eviction. The landlord was ordered to pay a fine of £2000, a compensation award of £3600 to the tenant, costs of £3000 to Warwick District Council and a victim surcharge of £190, making a total of £8790.

The landlord had tried to argue that she shared the flat in Kenilworth with her tenant as her principal or only home and therefore he should not be afforded legal protection from eviction. However, the court heard evidence that the landlord had signed an assured shorthold tenancy at a premises in London and had provided evidence in official documents that her home was in London and later in Plymouth.

Glad Investments were recently prosecuted at Wrexham Magistrates Courts and pleaded guilty to seven offences including operating an unlicensed House in Multiple Occupation (HMO).The company were also charged with offences contrary to the Management of Houses in Multiple Occupation (Wales) Regulations 2006 of failing to maintain in good order and repair the means of escape from the property due to defective fire doors, failing to ensure a tidy and safe garden and a broken window.